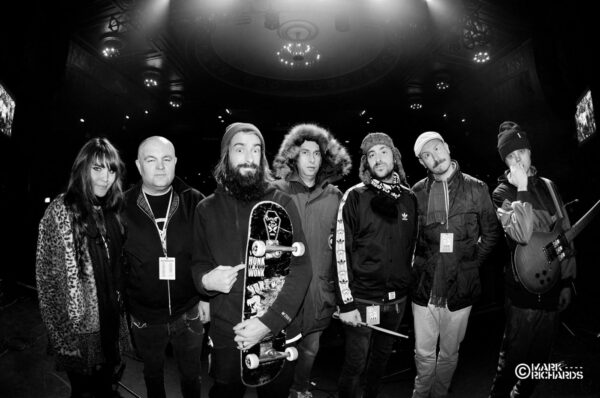 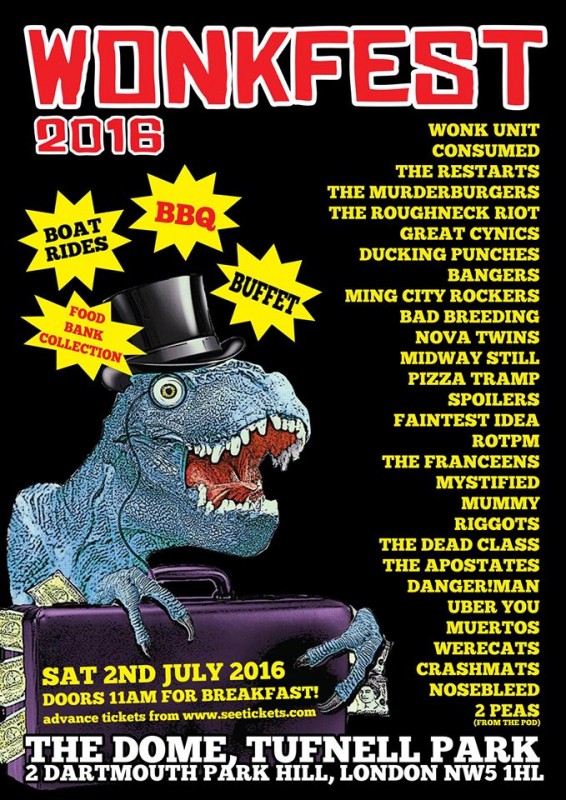 Wonkfest is here again. The happiest, friendly party in the UK punk rock calendar. All the Wonk Fam, all the movers and shakers from the underground scene and beyond in one place to celebrate our scene. Coz we should be proud of it. This is 21st century punk, our scene our way, looking to the future, celebrating diversity, tolerance and acceptance. This is about love, not anger, a break from the rage and hate that surrounds us.
2 Stages, short 20 minute sets (the perfect length – all killer, no filler).

Amazing bbq – we kick off lunch time with a rad free bbq. We done 500 cheeseburgers and 300 veggie burgers in a couple hous last year!!

Foodbank – We’ll be collecting for the local foodbank again.Filled a van last time coz you are lovely! Thank you!

That’s Wonkfest, please buy an advance ticket and support the cause. They are ridiculously cheap for 30 of the best bands in the world. Like stupidly cheap. But we are stupid and punk like that and parties should be cheap init! We aint doing this to get rich. 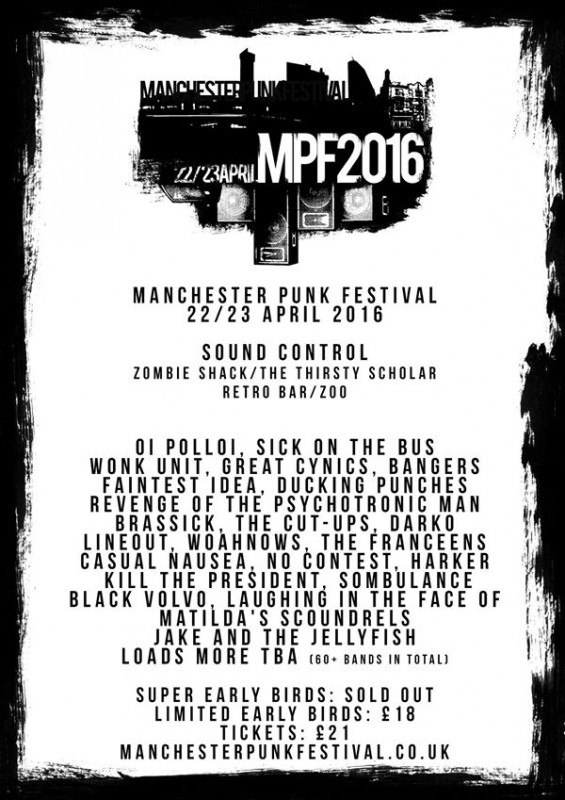 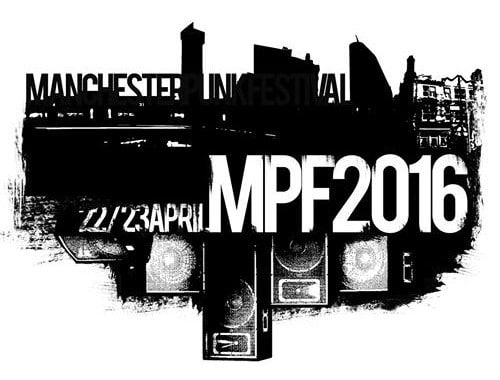 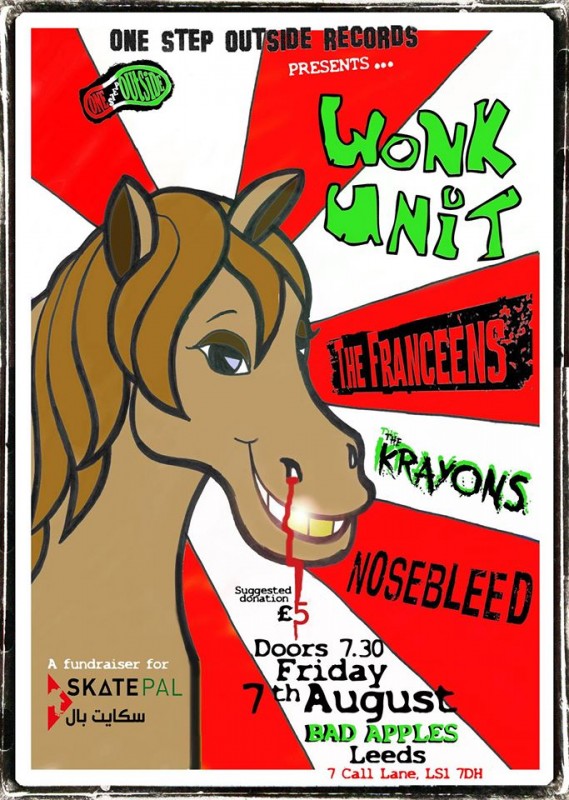 Please Note Venue and date change…Thats now Friday 7th August at Bad Apples, Leeds. 4 amazing bands for a bluey (suggested donation) and I suggest you pay more if you want, its all for the bands and Skatepal.
WONK UNIT, The Franceens, The Krayons and Nosebleed
You know how awesome this is going to be?
MASSIVELY AWESOME
We will also be trying to raise some funds for the charity SkatePal who build skateparks in Palestine dontcha know?
So please come down and enjoy a summer evening of pleasure with all of these lovely “entertainers”
Je ‘mappelle Alex and I thank you in advance. 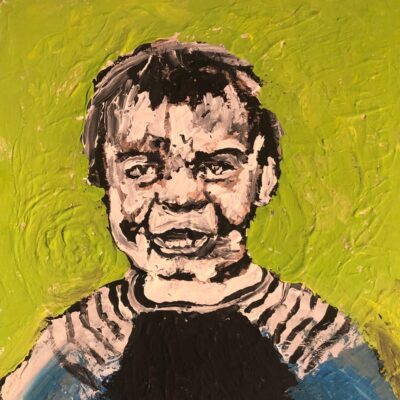